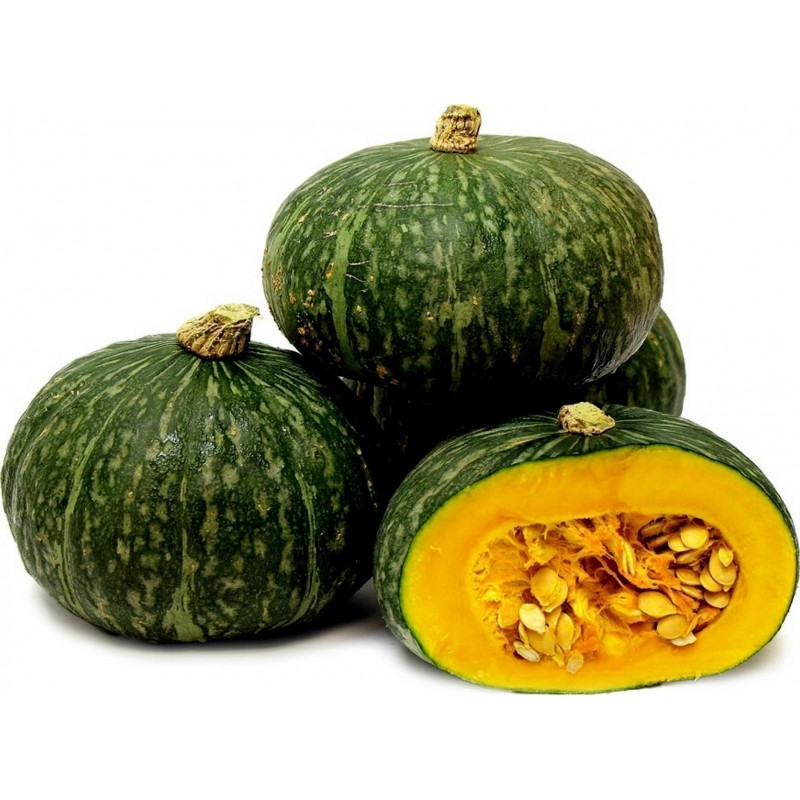 Price for Package of 10 seeds.

Winter Squash variety Green Hokkaido has green fruits with yellow-orange pulp. The majority of the fruits weighs between 1.0 and 1.5 kg and have a diameter of circa 15 centimetres.

Price for Package of 10 seeds.

Winter Squash variety Green Hokkaido has green fruits with yellow-orange pulp. The majority of the fruits weighs between 1.0 and 1.5 kg and have a diameter of circa 15 centimetres. The green fruits taste at least as good as the orange varieties, but are a little less long storable. The plants have relatively long vines. After sowing, do not give the seeds too much water and make sure the soil is well fertilized. Sowing is done preferably at a soil temperature of >20oC. To prevent mice from eating the seeds, it is recommended to put a pot upside down over the seeds. Remove the pot after a week. Pay attention, mice are really fond of pumpkin seeds. It is important to harvest the pumpkins before temperatures drop below 0oC, when the leaves are withered and the stem is dry. The pumpkins will be preserved best when surroundings are dry and not too cold.
History
It is generally believed that all squash originated in Mesoamerica, but may have been independently cultivated elsewhere, albeit later.
Green Hokkaido Squash is commonly called Japanese Squash, or the Uchiki Kuri Squash. In Japan, the word kuri may refer to either the squash discussed in this article or to Japanese chestnuts. In France it is called Potimarron, and in the United Kingdom it is commonly called Onion Squash.
Primarily grown in Japan, California, Florida, Southwestern Colorado, Mexico, Tasmania, Tonga, New Zealand, Chile, Provence and South Africa, red kuri is widely adapted for climates that provide a growing season of 100 days or more. Most of the California, Colorado, Tonga and New Zealand crops are exported to Japan.
Red kuri squash consumption has increased since squash appreciation has increased in cuisines worldwide. This is because of the availability of winter and summer varieties throughout the year. Healthier eating has also increased this nutritious vegetable's popularity.
Characteristics
This hardy squash grows to maturity in full sun and is drought tolerant. Each vine produces multiple teardrop-shaped fruits, usually three. The squash matures after about ninety days after blooming.
The squash is hard shelled winter variety with firm yellow flesh. The flesh often has a green tint under the seeds.
Culinary uses
Full-flavored, sweet and very fond of butter and fresh herbs, red kuri squash is a perfect ingredient for a variety of soups, stews and casseroles. Make cakes, quick breads, muffins, cookies and pies with its succulent nutty-tasting flesh. Excellent baked, boiled, microwaved, steamed, sautéed or fried, this special squash adds sweet flavor and texture to stir-fries. Its seed cavity is ideal for stuffing.
Nutrition
Green Hokkaido Squash is a good source of fiber. It also provides vitamin A and vitamin C, some of the B vitamins, calcium, potassium, iron, riboflavin and thiamine. Low in calories and sodium, this deep-colored squash also contains beta-carotene.
FRESH SEEDS 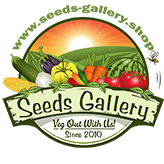 Be the first to write your review !
A tartalom nem érhető el